First let’s review the basics we know to be true about mold.

A mold is a fungus that grows in the form of multicellular filaments called hyphae. Molds cause biodegradation of natural materials, which can be unwanted when it becomes food spoilage or damage to property. Some diseases of animals and humans can be caused by certain molds: disease may result from allergic sensitivity to mold spores, from growth of pathogenic molds within the body, or from the effects of ingested or inhaled toxic compounds (mycotoxins) produced by molds. Some molds also produce mycotoxins that can pose serious health risks to humans and animals. Some studies claim that exposure to high levels of mycotoxins can lead to neurological problems and in some cases, death. Prolonged exposure, e.g. daily home exposure, may be particularly harmful. Research on the health impacts of mold has not been conclusive.

The hazards of mold to humans and other mammals is a well known and widely accepted fact. Illness may occur from inhalation and ingestion. If you are not concerned about your own health and well being, or that of others humans and animals living in your home and still wish to allow mold to grow in your hermit crab habitat, keep reading.

In invertebrates, A. sydowii causes a recently recognized, large epizootic affecting sea fan corals (Gorgonia species),14 first documented in 1995 near Saba the Bahamas and subsequently spreading throughout the Caribbean basin, including in the Florida Keys.15,16 Aspergillus species are also known to infect honeybee (Apis mellifera) brood, causing stonebrood disease over all larval stages.17,1 8 Aspergillus species with the ability to produce mycotoxins such as A. flavus, A. fumigatus, and A. niger have been suggested to be the primary cause of this disease.19

In reptiles, Aspergillus species such as A. fumigatus, A. niger and A. terreus have been isolated from both cutaneous and disseminated infections,20 mainly promoted by immune-compromising conditions, such as husbandry deficiencies or inappropriate temperatures, humidity, or poor enclosure hygiene.21

Avian aspergillosis is predominantly a disease of the respiratory tract, but all organs can be involved, leading to a variety of acute or chronic manifestations.22,23 All avian species should probably be considered as susceptible. Aspergillus fumigatus has been involved in significant common-source sapronotic die-offs of domestic and free-ranging wild birds.24 Economic significance of aspergillosis is most readily apparent in poultry production, where disease occurs late in the growing cycle.22

Infections due to melanized fungi

Several members of melanized fungi have been reported sporadically as causative agents of severe phaeohyphomycoses, chromoblastomycosis, and mycetoma in human and animals.164,165 However, the potential pathogenicity of infections in crustaceans, captive and farmed fish, amphibians, aquarium animals, and other cold-blooded vertebrates has increasingly been recognized166–169 (Table 2). In contrast, reports of infections in warm-blooded animals are relatively scant.170–172 It has been hypothesized that cold blooded animals are more accessible to these fungi by their naked, wet skin, while other vertebrates are protected by fur of feathers.173

Diseases caused by black-yeasts and their filamentous relatives in animals.

The shell disease syndrome has been reported from many freshwater and marine crustaceans of economic importance. Signs of the disease syndrome include erosion and pitting of the
exoskeleton, resulting from activities of chitin-destroying microorganisms–bacteria and fungi of several genera.

Mortalities from shell disease have been observed, occasionally at high levels, in impounded populations. Destruction of gills and adhesions of the exoskeleton which prevent ecdysis have been considered to be responsible factors, as have secondary systemic infections which develop after perforation of the chitinous integument.

Shell disease has been observed in crustaceans from badly degraded coastal/estuarine waters, often associated with so called “black gill” syndrome.

Shell erosion in Crustacea is, therefore, a particular problem in impoundments, in aquaculture facilities, and in degraded habitats. It is contagious, but its etiology is complex, involving chitinoclastic and other microorganisms and environmental stressors. It may contribute to mortality, principally by providing a route of entry for other facultative pathogens, but also by destroying the gills of crustacean hosts and by interfering with molting.

The syndrome appears to be universal among crustaceans from the subarctic to the
subtropics in fresh and marine waters wherever crustaceans occur. In Europe, the
causative agents are considered to be several different fungi and it occurs in lobsters,
some crayfish species, a crab and a number of non-commercial species of crustaceans
where it is called “burn spot disease”. In North America, the disease has been studied
most extensively in lobsters and is regarded as bacterial in origin.

Fungi which may form potential pathogens stressed or immunodeficient crustaceans is groups of Lagenidium sp., Sirolpidium sp. And Fusarium sp. The main fungal diseases are larval mycosis and Fusarium disease. Larval mycosis caused by legenidium sp, and Sirolpidium sp, which are typical fungi attaching shrimp larvae result in fungal spore in gills and appendages, and high shrimp larvae mortality (90%) in 2-3 days. Fusarium disease is a common disease that affects all developmental stages of penaeid shrimp in aquaculture. This disease generated from Fusarium solani, F. oxysporum and other Fusarium sp. causes gill fouling (Black gill), tissue lesion with melanisation of appendages, fungal spores in gills and high mortality (Gabriel and Felipe, 2000). Sixteen species of fungal flora and five species of bacteria from Charybdis feriata have been isolated.

Several fungi are known to cause diseases in crustaceans and may cause mortality ranges from 20 to 100 per cent. However three among them are more dangerous to the larval stages and another to the juvenile stage. The common disease causing fungi are Lagenidium, Siropodium, Haliphthoros and Fusarium. Environmental factors such as rainy season, humid condition, low salinity etc. are found to be increasing the fungal growth.

Many diseases of aquatic animals are caused by organisms that are part of the normal biota of their surrounding environment. Fungi and fungal-like organisms (straminipilous organisms) occur in most waters. They are either saprobes that colonize decaying organic matter, or parasites, which attack a great variety of aquatic organisms leading to disease outbreaks. Among the parasitic species, many are known to be important causative agents of aquatic animal diseases. They are generally opportunistic invaders, but once established, are often fatal and difficult to treat. Thus, fungi and straminipilous organisms may be problematic pathogens under stressful conditions in an aquaculture system.

Infection usually starts on damaged tissues such as wounds, gills damaged from chemical treatments or pollutants, and lesions resulting from other disease processes. Once infection is established, it is usually progressive with 30%remission rate. Lesions may also serve as a route of entry for other opportunistic pathogens.

Shrimp fed 50 to 300 mg of AFB1 per kg in the feed (experiment 2) died within 4 weeks and
showed lesions of the hepatopancreas, mandibular organ, and hematopoietic organs (6a). The
response (mortality) was not dose dependent, and a difference could only be seen between the
control groups and the AFB1-treated groups. These results suggest that AFB1 affected
shrimp in a similar manner by both the intramuscular and oral routes. The same hepatopancreatic lesions were produced with both routes of administration (6a); however, the aflatoxin-contaminated feed had to be administered repeatedly to produce necrosis and lethality.

Now let’s discuss some of the arguments made in favor of feeding and harboring mold in the habitat.

“Mold is part of the hermit crab’s natural habitat.”

So are predators, like birds and ants. Fungi is just another predator. Creating a natural captive habitat does not mean you also introduce your pet’s natural predators or harmful pathogens. Lions live in the same natural habitat as gazelles. Lions eat gazelles. Venomous snakes live among humans. That doesn’t mean we’re immune to their venom. In nature wolves and deer live in the same habitat. Does the zoo house them together? Certainly not.

“Hermit crabs each mold in the wild.”

They have also been seen eating rat poison[1] and human feces [4]. The research fails to provide long term data as to what happened (if anything) to those crabs in the days following the consumption of the poison. Many humans have consumed poisonous fungi in the form of a mushroom. Some die. https://en.wikipedia.org/wiki/Mushroom_poisoning

On an open beach mold spores are carried away by the breeze. In your closed habitat mold spores settle on every surface, including the hermit crab’s body and gills. Any damage or opening in the exoskeleton or gills may present an entry route for fungus.

In the process of degrading complex carbohydrates and proteins to release essential nutrients, fungi produce carbon dioxide, water, and a variety of other compounds that range from volatile aldehydes, alcohols, and ketones to complex secondary metabolites, including antibiotics and mycotoxins. [5]

“Fungi is a source of chitin“

In conclusion, until such research is provided our stance is that mold is not safe for pet hermit crabs. All steps should be taken to eradicate and prevent mold in the habitat. Take necessary steps to protect yourself when addressing mold issues in the habitat.

2021-09-15
Previous Post: How to Keep Your Hermit Crab Tank Warm this WINTER!|Crab Central Station
Next Post: End of Summer ‘Rescues’ 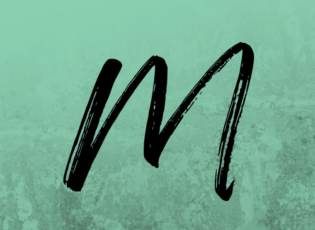 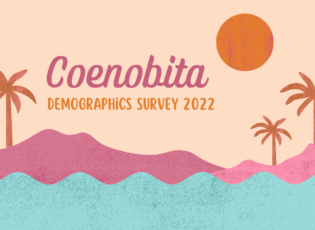 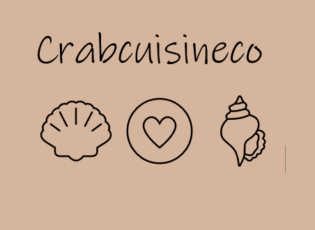 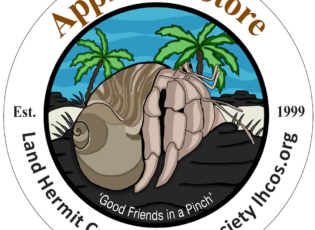